Posted on October 24, 2014 by upstatedowntown 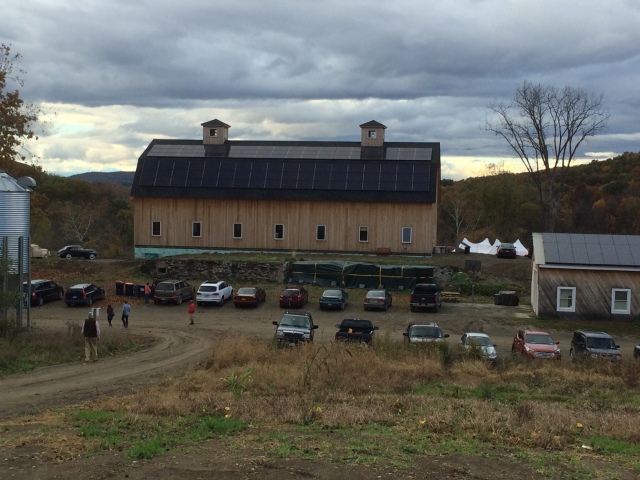 Last weekend, on the 82nd anniversary of the Federal raid that shut down Schultz’s illicit underground booze factory (disguised as a turkey farm), the folks at Dutch’s Spirit’s threw a party for “family and friends” — and the supportive local community — to celebrate the progress to date. And while it wasn’t a “grand opening”, it was a good advertisement for where they are headed, i.e. a farm-based distillery with a tasting room, a farm-to-table eatery, a historical site with an amazing story (and “bunker” archeology) and a major agritourism draw for the area. 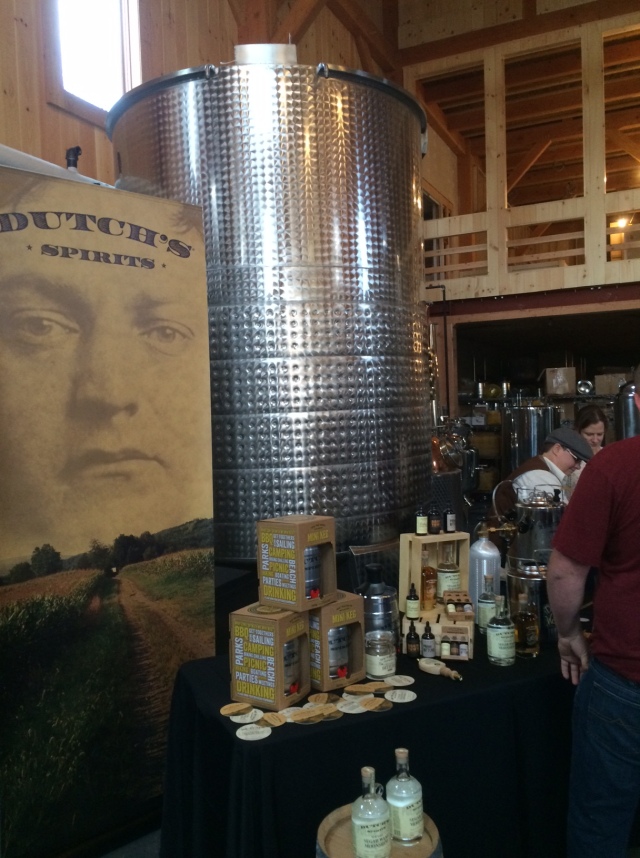 Having written previously about Dutch’s Spirits, its compelling historical legacy and already existent product line for About Town (and for Upstate-Downtown), it’s gratifying to see the ambitious vision of partners Alex Adams and Ariel Schlein being realized on the ground.

The voluminous barn-like structure will house the distillation operation, a tasting room/lounge and a cafe, headed up by the award-winning former chef of Red Devon, Sara Lukasiewicz. 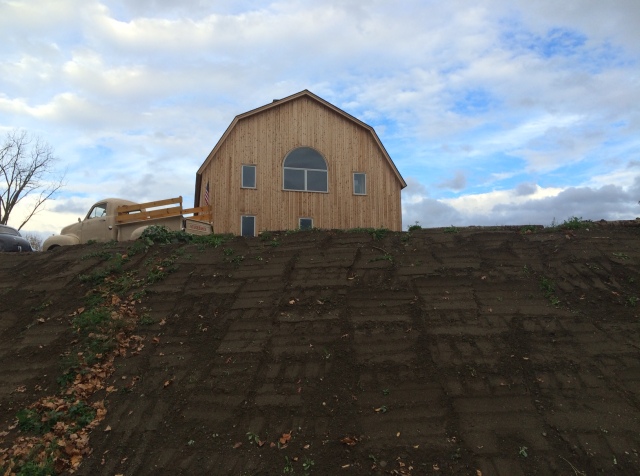 The pic below gives a sense of the scale involved.

A copper-top still will turn out spirits made from grains grown on the surrounding 70-acre farm.

Dutch’s Spirits has been a long-term project with many phases, but also with a long-term view. After years of careful digging, preservation and planning, along with some successful product development and marketing (and quite a few delays), there is now light at the end of the tunnel, so to speak — reinforced in steel. 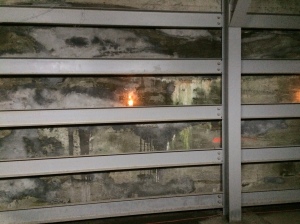 So, stay tuned: a soft opening should take place in the next few months. Based on last weekend’s preview, it will have been worth the wait.