That memorable day served as inspiration for Dutch’s Spirits, a soon-to-open artisanal distillery project. Named for the iconic gangster, and tapping the compelling local history and lively micro-distillation movement in New York State, Dutch’s Spirits inhabits the same location as Harvest Homestead Farm, where Schultz set up his bootlegging complex. Part archeological dig, part construction zone and part pastoral farm, the site at 98 Ryan Road in Pine Plains doesn’t look like much at first glance, but will soon bring a new edge to the area’s agritourism scene.

Business partners Ariel Schlein and Alex Adams are the owners of Dutch’s Spirits. Over the last few years, they have shown perseverance and savvy in getting the site officially registered as a “Bootleg Era Bunker Complex”, eligible for the State and National Registers of Historical Places. They’ve also rolled out several well-received spirituous products, like Dutch’s Spirit’s Sugar Wash Moonshine, before having their own physical distillery up and running.

A key member of the Dutch Spirits team, Ethan Kelley (who heads Sales & Marketing), was highly visible at the recent Manhattan Cocktail Classic Gala, where he cheekily “injected” celebrants with Dutch’s Stissing Mountain Punch at the “Taste NY” pavilion.

Meanwhile, back at Homestead Harvest Farm, most of the excavation work is now complete. Those structures of historic value or interest are in the process of being restored, preserved or reinforced. Some buildings, like the bunk house, went through so many changes over the years that it had no historic value. Consequently it has been razed, but in its footprint, the new barn-like distillery and a tasting room will soon rise. Interactive displays and historical exhibits will form part of the “bunker experience.”

The aim is also to become a self-sustaining farm operation. Thirty-five of the 70 acres currently under cultivation at the farm have been planted in corn this spring, and another 35 with malting barley, both of which will be used for Dutch’s Spirits’ initial foray into whiskeys this fall. 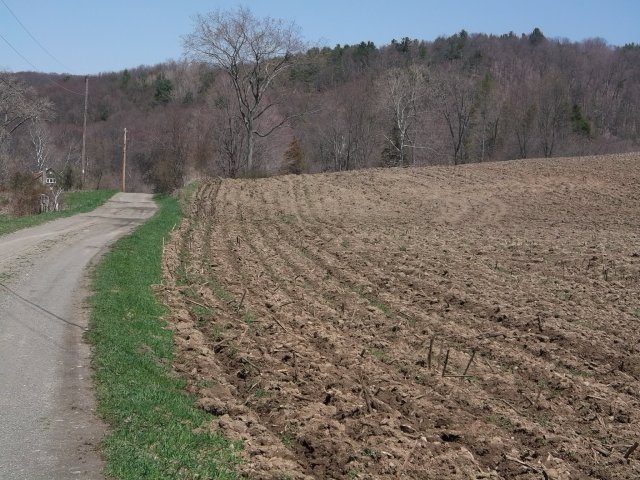 The distillery and grounds should be ready for tastings and tours starting late this autumn, according to Schlein, when all of Dutch’s Spirits’ operations will come under one roof in Pine Plains — legally this time.