Posted on November 16, 2018 by upstatedowntown

November 2-11, 2018, was Cider Week in New York City, a festival of multiple cider events and tastings in bars and venues across the Big Apple, organized by the New York Cider Association. The aim: “to cultivate appreciation of New York’s  orchard-based cider” by showcasing its exceptional quality, diversity and food-friendliness.

If the Lower East Cider Fest (on November 8) in Manhattan was any indication, a major Cider Week tasting of over 30 (mainly) New York State cideries that took place in the historic Essex Street Market, then it was truly mission accomplished.

It was a crowded, youthful scene in the Essex Market, one that should give the craft (hard) cider segment of the industry much optimism. As it is, craft cider continues to grow at a buoyant 35% clip annually, one of the hottest US beverage categories.

The producer line-up featured some familiar faces (including bottles/cans that appear in my fridge!) from the Hudson Valley and beyond (like Bad Seed, Hudson Valley Farmhouse, Nine Pin, Embark and Farnum Hill); some cideries I’ve heard of by reputation and/or word-of-mouth (Kite & String, Eve’s and Kings Highway); and some I’ve never come across (Scrumpy Ewe, Hardscrabble, and Metal House). I wasn’t able to taste each and every house (and cider) represented, but based on my fairly large sample, the overall quality of the ciders was stunningly good, and the range of styles and flavors impressive. It was a revealing — and encouraging — snapshot of the regional cider scene.

Some broad takeaways from the tasting:

Most producers brought 3-4 different ciders to the tasting, the clear majority of which were on the dry and off-dry side. This is an interesting point…and choice. Quality dry and off-dry ciders have significant market potential, offering excellent orchard fruit character and complexity at reasonable alcohol levels (generally 4% to 8%) without the heavy  — and unhealthy — residual sugar loads of the big commercial ciders (which can run up to 30 grams of sugar per 12 ounce serving!). Naturally gluten-free, these ciders represent a formidable alternative to beers, and they present a lower alcohol option to wines as well, without compromising on flavor interest.

I was also surprised to see so many producers using — and to what extent — specific cider apples, be they traditional English/French cider varieties (like Dabinett and Kingston Black), or American heirlooms that were historically used in cider (such as Jonathan, Golden Russet, Northern Spy and Newtown Pippen). Northern Spy, an early 19th century NY apple, in particular, was well represented, appearing as a varietal cider among several producers. 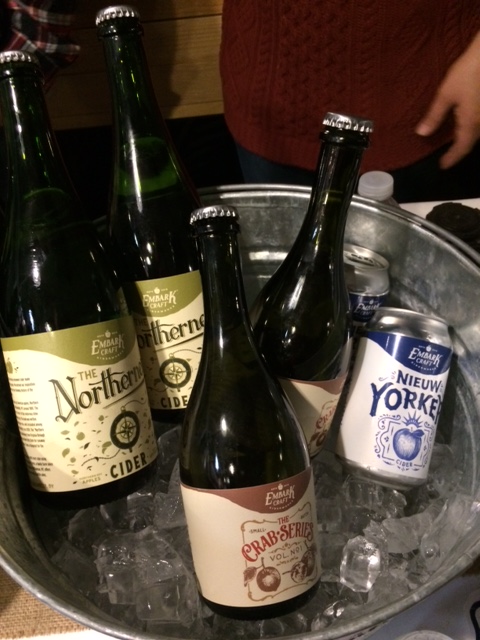 These heritage apples bring tannin, acidity and body into the mix, making for more complex and interesting beverages. Although New York State is historically (and presently!) a great place for growing apples, and ranked second in the US in terms of production next to Washington State, cider makers have faced the headwind of existing NY apple production being heavily weighted towards eating/desert apples, not the classic cider varieties. Clearly this is changing.

Orchard Hill is a case in point. Heretofore, its delicious, sessionable ciders have been made primarily with eating/desert apples, like Crispin, Idared, Empire, Spartan and McIntosh, sourced from Soons Orchard in New Hampton, NY. But over the last seven, painstaking years, owners Andrew Emig, Carolyn and Karl duHoffmann and Jeff Soons have been steadily planting heritage varieties, and these will be coming come on stream soon, adding to their product mix with various, smaller craft bottlings. Many other cideries are following suit.

While mining history and tradition, these craft producers are also experimenting and working with non-pomaceous fruits, plants and flavors in their ciders, too, in most cases successfully. Kings Highway (Millerton, NY) is doing this with aplomb, not least with its award-winning Whip Appeal, a cider made from Hudson Valley apples and co-fermented with…guava! 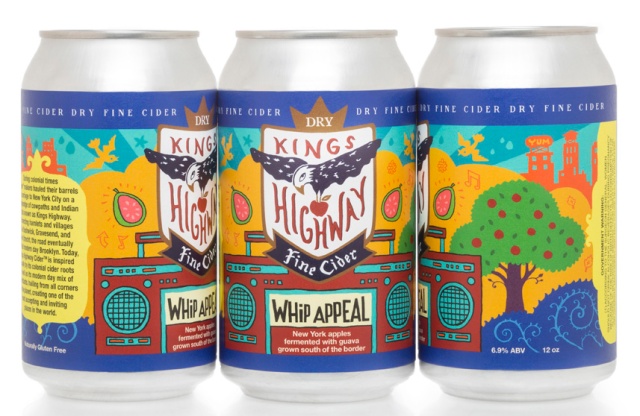 I do enjoy the experimental side of craft cider, but I tend to rivet to those ciders made from traditional cider apples with complex fruit, good acidity, minerality and a tannic bite. Given this bias, here are a few more of my favorites from the Fest (in no particular order):

Kings Highway Ancram Heritage (made with over 20 heritage apples; big, round and savory, with intense apple flavors)