Posted on September 11, 2018 by upstatedowntown

One year ago, Benmarl Winery shared the coveted Winery of the Year award (with Tousey Winery) at the 2017 Hudson Valley Wine & Spirits Competition (HVWSC).

At the 2018 HV competition, held this past Saturday in Rhinebeck, NY, part of the weekend-long 2018 Hudson Valley Wine & Food Fest, Benmarl’s stellar wines made sure there was no “co-” in the Winery of the Year award this year. And it’s easy to see why: not only did Benmarl win Best in Show for its stunningly good, Champagne-like 2012 Blanc de Blancs sparkling wine (which also took Best Sparkling), but it also took Best Overall Hudson Valley Wine (made with Hudson Valley fruit) for its unctuous 2017 “Sweet Sarah” dessert wine (75% Vidal, 25% Traminette), which was also Best Dessert Wine. Add to the list a Double Gold for its 2016 Proprietor’s Reserve Red (vinifera) blend, and its Gold medal-winning 2017 Seyval Blanc (from my panel), and you have a richly deserved result for Benmarl. Impressive.

Still, it was far from a one winery show. 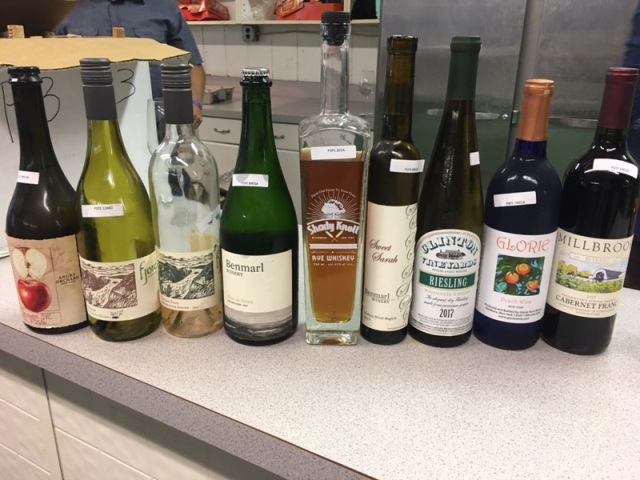 Not for the first time, Millbrook Vineyard & Winery, long a flagship winery for the Hudson River Region (HRR), took Best Red with its 2015 Proprietor’s Special Reserve Cabernet Franc (made with estate-grown fruit). In fact, in seven of the last 10 HVWSCs, a Cab Franc-based wine has taken Best Red, which only underscores the growing recognition that Cab Franc is a – perhaps the – signature vinifera red grape for the HRR. Celebrating its 32nd year of operation, Millbrook has been a Cab Franc pioneer from its inception. Additionally, up-and-coming Fjord Vineyard won Best Rosé for its 2017 Rosé of Cabernet Franc (100% Cab Franc), yet another local accolade for the variety.

The Best Cider came out of my panel, Angry Orchard’s Double Gold-winning knockout 2015 Baldwin SVC, which also took the Best Modern Cider at the 2018 New York Wine Classic a month earlier. We also gave a Double Gold to Glorie Farm Winery’s 2015 Estate Black Currant, a Cassis-like fortified wine that is the intense essence of herbal black currant, with a mile-long finish. Another personal favorite was Clinton Vineyards’ 2016 Pinot Noir (a Gold medal winner), a lithe, energetic expression of the grape, exuding pretty red berry character and some minerality. 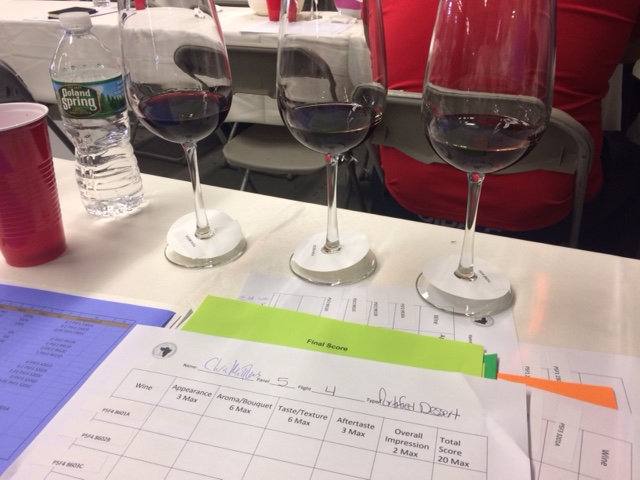 One disappointment: with the exploding craft beverage scene in the Hudson Valley, the number of cider and spirit entries into the HVWSC was much lower than one would expect. This is something to work on…

The other Best-in-category wines:

As usual, a big thank-you to über-organizer Debbie Gioquindo and her stalwart backroom staff for running such a smooth event!