The Official Wine of the NY Yankees…

Love them or hate them, the New York Yankees are one of the world’s most successful and iconic sports franchises. And now they have an official wine, too, one that reflects world-class taste AND aptly represents a home state, signature grape: 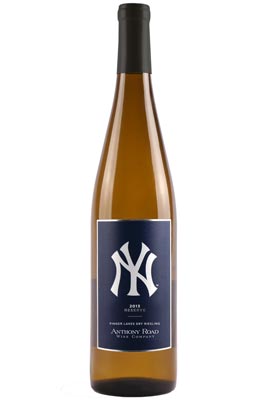 Long one of the Finger Lakes region’s best producers, Anthony Road is probably most  known for its co-owner John Martini’s presence each weekend at the Union Square Farmers’ Market in Manhattan. For decades he has made the trip every Saturday from the Finger Lakes to the Big Apple to hand sell AR’s wines in the teeming market. This “commute”, along with the steady praise of wine critics (including moi), has put Anthony Road on the wine map, but the affiliation with the Yankees should put it in another league… 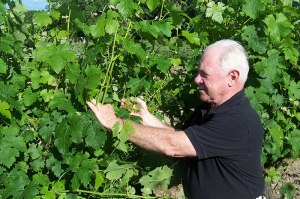 The back label on the bottle says it all:

“Be it stickball on the streets of Brooklyn, or the Bombers on a Sunday in the Bronx, New York is sacred baseball country. In recent decades, it has also become great wine country, from Long Island to Lake Erie. The New York Yankees are thrilled to honor New York state in presenting this crisp, tangy and refreshing dry Riesling, produced from Riesling grapes grown in the Finger Lakes region and typically harvested in October, when baseball is at its best.”

Even though I’m a life-long St. Louis Cardinals fan (the second most successful MLB franchise next to the Yankees, and the only club with a winning record against the Bronx Bombers), I will gladly try the Yankee’s Reserve Dry Riesling, ideally while watching the Cards and Yanks play a rare Inter-league series starting on Memorial Day.

It’s available in limited quantities at mlb.com and via the Anthony Road website (@$24.99).

Play ball, and drink up!