Roma on the Hudson

Posted on August 30, 2012 by upstatedowntown 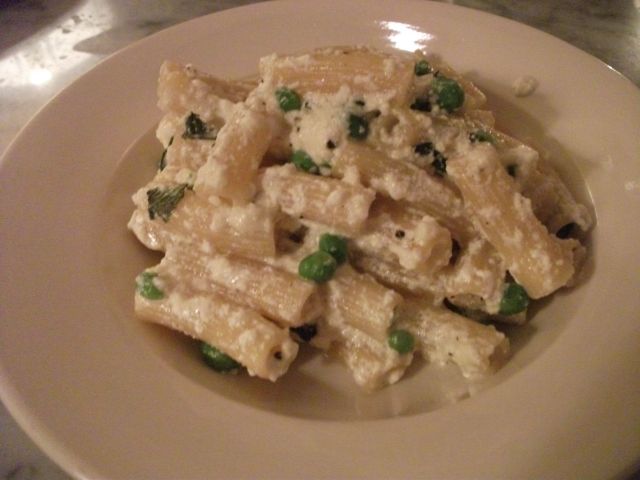 As the fast-waning days of summer soon shift to autumn, we look forward to tasting the change of seasons at Mercato Osteria & Enoteca, interpreted by chef-owner Francesco Buitoni. 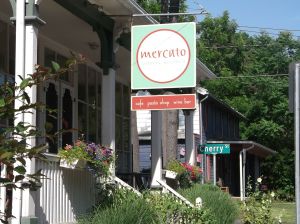 A talented chef who continues to cook at a restaurant he owns—especially after that restaurant achieves success—is a rare breed these days.  At some point, the chef-owner usually steps away from the kitchen, assuming more of an operational, managerial or front-of-the-house “host” role. Or, maybe his energies will be diverted to his next venture (new restaurant, cookbook or television show). Over time, the food often falls into a predictable or formulaic rut; it may be just fine—good enough—but not particularly memorable.

Mercato is a notable exception.

It’s been five-and-a-half years since Buitoni and his wife Michelle Platt opened Mercato in the village of Red Hook, Dutchess County.  Yet, Buitoni remains a “soul presence” in his kitchen.  Meaning…he’s still cooking…and the crowd keeps coming.  Perhaps, it’s because you can “taste the love” in his inspired osteria fare.

Buitoni, who grew up in Rome and New York, is an Italian-Italian chef. His father’s family started Buitoni Pasta. And from a childhood spent at his grandmother’s farm, north of Rome, where his nonna prepared countless family meals, he draws from a rich bank of delicious food memories­.

In Italy, many cooks plan a meal around the freshest ingredients that day at the local farmers’ market or grocery store.   Buitoni abides by this tradition: after all, mercato means “market”, a proud reference to the Italian reverence for market-fresh ingredients.  His weekly changing menu highlights the best of local, seasonal ingredients—in a raw lacinato kale salad; on a plate of rigatoni alla Romana; or, alongside grilled branzino.  (The favor is returned: the farmers from whom Buitoni buys his produce also eat at Mercato.)

What draws us to Mercato time and time again is its warm, convivial vibe. Whether you dine alone, go for a romantic date, arrive with family or a group of friends in tow, it always feels comfortable and welcoming.  And, of course, there is Buitoni’s food: simple, yet sophisticated, delicious, and wholly nourishing in a way that five-star restaurant dining is not. 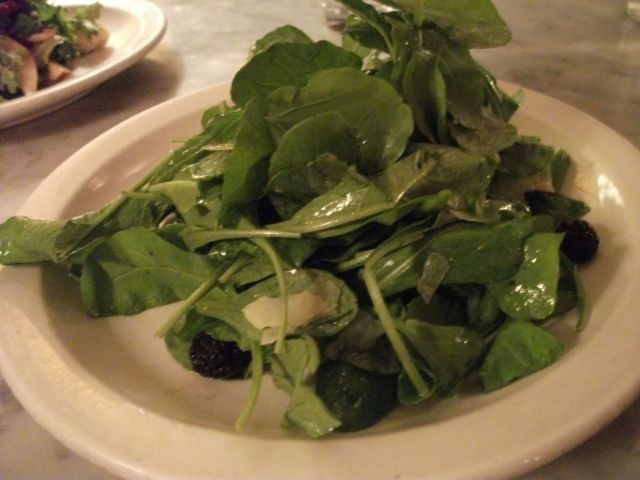 In the past, I’ve reviewed Mercato for The New York Times and for Rural Intelligence .  It has withstood the test of time: click here for my recent review in The Observer.

By the way, if you’ve never had olive oil gelato, you must try it at Mercato when it’s on offer.  The secret ingredient is Mama Buitoni’s cold-pressed extra-virgin olive oil, made at her farm, located west of Rome, in the town of Civita Castellana.  The olive grove, from where the olives are harvested, borders Falleri Novi, an ancient walled town in the Tiber River Valley. The olives are then taken to the community frantoio, where they are crushed.

Recently, Buitoni began selling bottles of his mother’s olive oil at Mercato (and at the Montgomery Place Orchard’s farmstand) — $25 for 1 liter.  Get it while you can! Grassy and robust with a hint of pepper spice, the olive oil is a treat in and of itself.